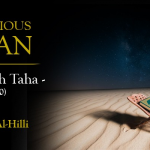 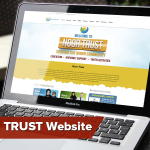 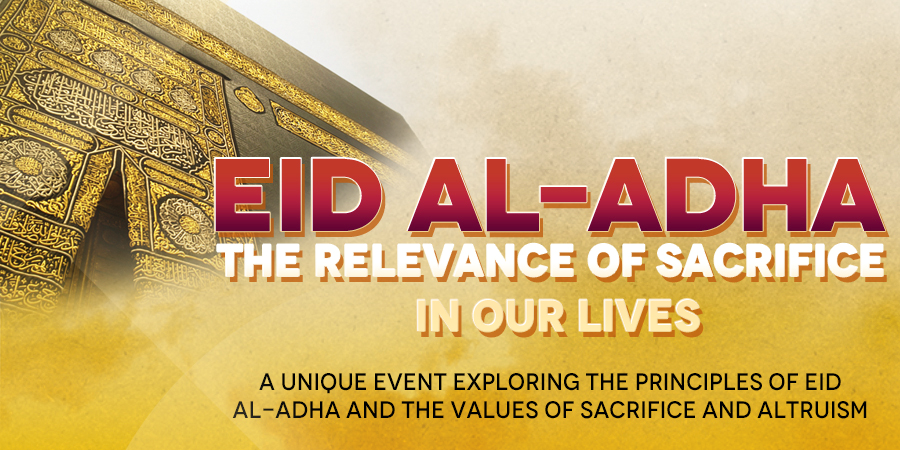 The Noor Trust Eid al-Adha event took place with great aplomb on Saturday the 19th of September. Brothers and sisters were invited to enjoy an evening of superb celebration, competitive quizzing and an enlightening lecture.

The proceedings were kicked off at 8PM with a beautiful recitation of the Holy Qur’an by Mustafa al-Ali, a very talented and upcoming young reciter. He read from Sūrat Ibrāhīm, which narrates part of the story of Prophet Ibrahim and his two sons, Isma’il and Ishaq, and as such was particular germane to Eid al-Adha. Mustafa kept the packed hall captivated with his recitation, everyone completely focused as the words of the Holy Book descended upon them.

Following the Qur’an, the stage was taken by the master of ceremonies, Munir El Jaouhari, who talked about a few of the projects being undertaken by the Noor Trust before introducing the feature speaker, Shaykh Ayub Rashid.  Shaykh Ayub enthralled us all with his insightful lecture on Eid al-Adha and its significance in the modern world. He spoke about Sarah and Hajar, the wives of Prophet Ibrahim, and how it was that Sarah instructed Prophet Ibrahim to marry Hajar so that she might bear him a child. He also talked about Prophet Ibrahim’s willingness to sacrifice Ismail for the sake of God, and how this forms a perennial example of sacrifice for us all to follow. We all come across “Isma’ils” in our lives, instances when we must give something up for the sake of God, whether this is turning off the football match when prayer time arrives or putting in our time and effort to alleviate the sufferings of the millions of refugees fleeing war and death from the Middle East. In all cases our willingness to give up our comfort and time constitutes the sacrifice we make for the sake of God, finding its precedent in Prophet Ibrahim’s supreme act of submission.

After Shaykh Ayub’s lecture we had an audience quiz in which everyone participated. Questions included naming three acts which are mustahabb on Eid al-Adha, identifying an occasion other than Eid al-Adha on which dhabiiha (the sacrificing of an animal) is recommended, naming three acts which are mustahabb on the Day of Arafah and giving the name of the mother of Isma’il. Members of the audience participated with great gusto and four lucky winners walked away bearing prizes.

To round up the evening Mulla Noureddine Al Kathemy took to the stage, reading some wonderful anasheed. He read poems which focussed on the Prophets of God and in one particular nasheed, entitled Ṣallū `Ala al-Nabī, he mixed Arabic and Persian, resulting in a multilingual extravaganza which really caught everyone’s attention. This was followed by refreshments and a chance for all the attendees to mingle with each other, discussing the events of the evening, particularly Shaykh Ayub’s captivating lecture, reflecting on what they’d learnt and how they could take it forward, whilst striking up old friendships and forging new ones. As everyone filled their ways out we were left in no doubt that the event had been a great success. 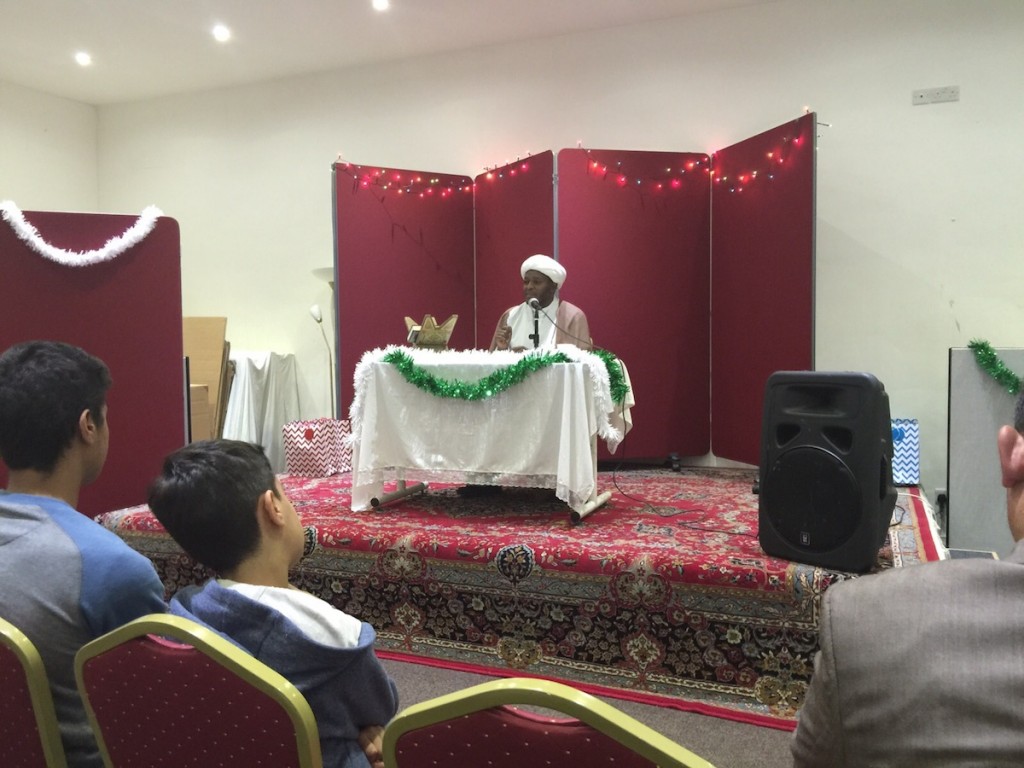 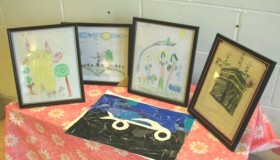