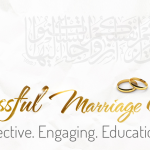 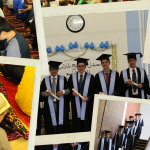 Following the recent horrific bombings in Karrada, Baghdad, the innocents of Iraq were struck by yet another savage within the space of a week. The shrine of Sayyid Mohammad, the son of Imam Hadi (a), in Balad was attacked by a number of explosions, killing over forty visitors, including family of our representative in Balad, and injuring dozens more. This cowardly act only demonstrates the inhuman nature of Daesh, attacking places of worship and killing innocent civilians.

Noor Orphans Fund would like to appeal for donations to support the families of those who lost their lives in these acts of terrorism. We have representatives in Baghdad and Balad who will distribute food such as bags of rice and other necessities to the grieving families at this very difficult time. This follows the example of Prophet Mohammad (s), who distributed food to the grieving family of Ja’far ibn Abu Talib after he was martyred in the Battle of Mu’tah in the year 8AH.

Over the last few days we have been greatly saddened by the tragedies that have taken place and the savage way in which the innocents of Iraq have been slaughtered. Some may feel helpless, others in despair, but together we can make a difference and help alleviate the sufferings of these families.

By donating to the families of the victims we will be able to assuage some of their pain, whilst attaining much reward from Allah (swt). Remember, 100% of your donations will be used to support the families.

You can donate by visiting our JustGiving campaign page here:

Alternatively you can donate by text. Just send the following code with the appropriate amount to 70070:

Thank you for your generosity and we pray that Allah rewards you in this life and in the hereafter. 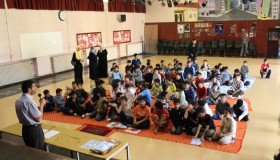